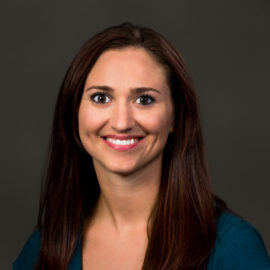 Rebecca Maxie is the Director of Grassroots Advocacy for the United Nations Foundation, serving as a strategic advisor for a variety of advocacy campaigns working towards achieving the Sustainable Development Goals (SDGs). Prior to joining the UN Foundation, Rebecca spent over a decade working on or managing political campaigns and causes through leadership roles in national political consulting firms.

Rebecca earned her B.A. in Political Science from the University of the Pacific in California, her M.P.S. in Political Management from George Washington University, and is also alumna of the Women’s Campaign School at Yale University.

Rebecca moved to Washington, D.C. in December of 2014 from Las Vegas, Nevada, where she was heavily involved in her community.  She was elected as the youngest President in the history of the Women’s Democratic Club of Clark County, Nevada’s oldest political club. Rebecca also has a passion for travel, and has lived abroad in Odessa, Ukraine and Florence, Italy. 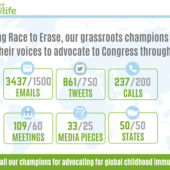 Every year, our champions step up to use their voices 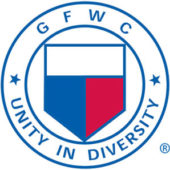 The Shot@Life Team is excited to announce our fundraising winners 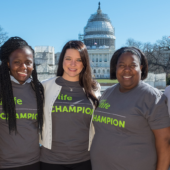 Today is the day! Over 125 of our Shot@Life supporters 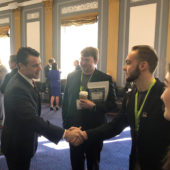 We know that advocacy can be a bit intimidating, but