The Impact of a PSA: A Polio-Free India

In 1995, India had nearly 150,000 cases of polio—a staggering amount that seemed almost impossible to overcome. Think about that. That is roughly equivalent to TWO of the largest NFL stadiums being filled with people who have had their lives impacted by being unable to walk or worse due to becoming sick with polio, a disease that is easily preventable with a vaccine.

Many public health experts believed polio in India could not be stopped. They would say the susceptible population was too large, or the necessary immunization infrastructure was not there, or too many people lived in extreme poverty. Popular belief, even among global health optimists, was that it could not be done.

But thanks to the efforts of many dedicated people, the impossible became possible. On March 27, 2019, we are celebrating a huge public health win—the certification of polio elimination in the Southeast Asia Region, largely driven by India becoming certified polio free in 2014.

So how did something most experts thought was impossible happen in a country of more than a billion people with wide-ranging access to health services? One major contributing factor was a public awareness campaign from Bollywood superstar Amitabh Bachchan, known as “Two Drops of Life.”

In 2002, UNICEF approached Bachchan, one of the most well-known people in India, to use his fame for a good cause. They asked him to create a nationwide public service announcement campaign to try and increase polio vaccination rates in India. Harnessing his star power and playing up the angry persona from some of his most famous movies, Bachchan would almost shame his fellow Indians into taking action against polio.

The campaign was a huge success and got once-hesitant families to bring their children in to get the doses needed to protect them from the debilitating, and sometimes deadly, impacts of polio.

Watch Amitabh Bachchan discuss the impacts of his public awareness campaign on polio in India.

This campaign shows how important advocacy is in getting lifesaving messages about vaccines out to members of the public, who are sometimes misinformed or hesitant to vaccinate their children for other reasons. One of our best tools to combat vaccine hesitancy, as the success of India’s polio program demonstrates, is providing information about the benefits of vaccines in terms of both health and economics.

But advocacy and awareness alone will not allow us to replicate the success of the Southeast Asia region’s elimination of polio in places where the disease still circulates. These efforts must be coupled with strong health systems through which people can easily access lifesaving vaccines, as well as courageous health workers who often battle conflict, difficult terrain, and mistrust to deliver lifesaving doses of polio vaccine. Without strong vaccine delivery systems, immunization advocacy efforts would be for naught.

As we look ahead to what we hope will soon be not only a polio-free region, but also a polio-free world, it is going to take collective efforts on a global scale to get there. Through the dedicated work of Global Polio Eradication Initiative partners, robust regional and national routine immunization programs, and grassroots advocacy campaigns like Shot@Life, polio’s days are numbered. We may all soon be able to say we did our part to eradicate a disease for only the second time in history. What a momentous celebration that will be. 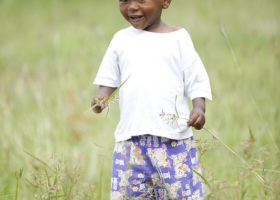 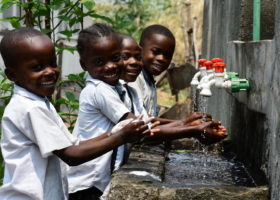 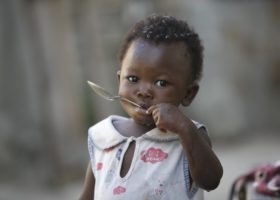 Vaccines: A Source of Hope to Those in Poverty (SDG Blog Series) 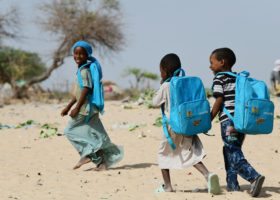