Vaccine hesitancy is on the rise globally due to a poor understanding of how immunizations work.

Read Shot@Life’s take on the six most common misconceptions about vaccines!

Myth One: “Diseases had already begun to disappear before vaccines were introduced, because of better hygiene and sanitation.”

Vaccines are necessary — and good hygiene, sanitation, clean water, and nutrition are insufficient for stopping infectious diseases. If we don’t maintain optimal rates of immunization or “herd immunity,” the diseases prevented by vaccination will return. While better hygiene, sanitation and clean water help protect people from infectious diseases, many infections can spread regardless of how clean we are. If people are not vaccinated, diseases that have become uncommon such as pertussis (whooping cough), polio, and measles, will quickly reappear.

Myth Two: “The majority of people who get a disease have been vaccinated.”

Expanding the use of existing vaccines will reduce the use of antibiotics and the development of antibiotic resistance. For example, if every child in the world received a vaccine to protect them from infection with Streptococcus pneumoniae bacteria (which can cause pneumonia, meningitis, and middle ear infections), this would prevent an estimated 11 million days of antibiotic use each year. Vaccines against viruses, such as the flu, also have a role to play, because people often take antibiotics unnecessarily when they have symptoms such as fever that can be caused by a virus.

Myth Three: “Vaccines are not safe.”

Vaccines are safe. Any licensed vaccine is rigorously tested across multiple phases of trials before it is approved for use, and regularly reassessed once it is on the market. Scientists are also constantly monitoring information from several sources for any sign that a vaccine may cause an adverse event. Most vaccine reactions are usually minor and temporary, such as a sore arm or mild fever. In the rare event a serious side effect is reported, it is immediately investigated. People are far more likely to be seriously injured by a vaccine-preventable disease than by a vaccine. For example, in the case of polio, the disease can cause paralysis, while measles can cause encephalitis and blindness, and some vaccine-preventable diseases can even result in death. While any serious injury or death caused by vaccines is one too many, the benefits of vaccination greatly outweigh the risks, and many more illnesses and deaths would occur without vaccines.

Vaccines interact with the immune system to produce an immune response like that produced by the natural infection, but they do not cause the disease or put the immunized person at risk of its potential complications. In contrast, the price paid for getting immunity through natural infection might be cognitive impairments from Haemophilus influenzae type b (Hib), birth defects from rubella, liver cancer from hepatitis B virus, or death from complications due to measles.

Myth Five: “Vaccine-preventable diseases have been virtually eliminated from my country, so there is no need for my child to be vaccinated.”

Although vaccine-preventable diseases have become uncommon in many countries, the infectious agents that cause them to continue to circulate in some parts of the world. In a highly inter-connected world, they can cross borders and infect anyone who is not protected. The two key reasons to get vaccinated are to protect ourselves and to protect those around us. Successful vaccination programs depend on the cooperation of every individual to ensure the well-being of all. We should not rely on people around us to stop the spread of disease; we, too, must do what we can.

Myth Six: “Giving a child multiple vaccinations for different diseases at the same time increases the risk of harmful side effects and can overload the immune system.”

Scientific evidence shows that giving several vaccines at the same time has no negative effect on a child’s immune system. Children are exposed to several hundred foreign substances that trigger an immune response every day. The simple act of eating food introduces new antigens into the body, and numerous bacteria live in the mouth and nose. A child is exposed to far more antigens from a common cold or sore throat than they are from vaccines. The key advantage of having several vaccines at once is fewer clinic visits, which saves time and money. Also, when a combined vaccination is possible (e.g. for diphtheria, pertussis, and tetanus) that will result in fewer injections and reduces discomfort for the child. Several steps can also be taken to reduce pain at the time of vaccination.

Thanks for taking the time to read about common vaccine misconceptions! Debunking these ideas is an important part of increasing vaccine confidence around the world. 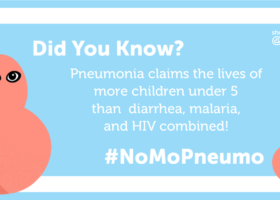