President Donald J. Trump announced this week the nomination of Ambassador Mark Green to be Administrator of the United States Agency for International Development (USAID). Ambassador Green has a strong track record of thoughtful leadership in foreign affairs and we congratulate him on the nomination!

Ambassador Green understands the importance of global health and child immunization programs that save lives, protect American security, and make smart economic sense. Every year immunization prevents between 2 and 3 million deaths, and every $1 invested in immunization programs returns $44 in reduced treatment costs and increased economic productivity. Over the past 15 years alone, immunization has driven down measles deaths by 79%, and since 1988 has reduced polio cases by 99.9%, leaving the world nearly polio-free.

If confirmed by the Senate, however, Ambassador Green would lead USAID at a time when U.S. funding for foreign assistance faces deep budget cuts. Strong, stable foreign assistance funding is crucial to achieving many strategic goals that matter to children and families around the world.

Shot@Life and all 1,400 of our grassroots supporters stand ready to work with Ambassador Green to maintain strong U.S. investment in USAID global health and immunization programs.  Working together, we can end preventable child deaths within our lifetime and give every child a shot at a healthy life. 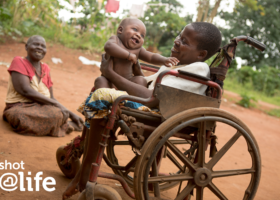 At a Critical Crossroads on the Journey to End Polio 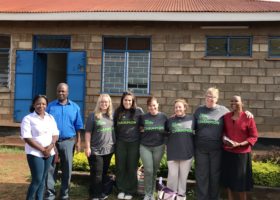