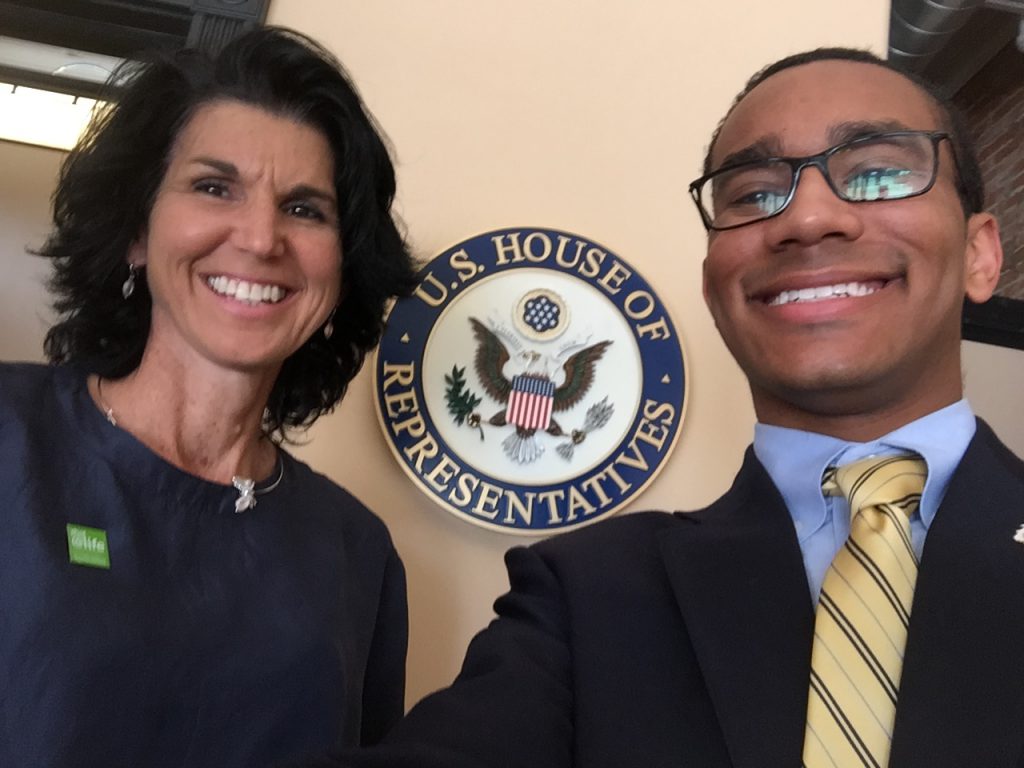 Shot@Life Champion Dana DeShon has 17 years of practical experience in pediatric primary care working as a Pediatric Nurse Practitioner. She loves working with children and parents. She has a focused interest in pediatric asthma, immunizations, and childhood obesity and has shared her expertise with others in a variety of forums. She also serve as an assistant professor at a state university teaching Family Nurse Practitioner students.

I learned about Shot@Life through the professional organization I belong to called National Association of Pediatric Nurse Practitioners (NAPNAP) and received an email about the opportunity to attend the summit. After attending the summit, I thought about what I could do in my own community to raise awareness about Shot@Life and global vaccinations. I contacted my children’s teachers and asked if I could present about Shot@Life and give them an opportunity to learn about global vaccination efforts and a difference they could be part of. My children’s sixth and first grade classes got involved.

I made posters with a letter to the congressmen in our district and state senators for the sixth graders and posters with a world that had ‘Reaching Out’ on the first grade class. I was invited to present to all the sixth grade classes (3 different classes) which ended up being over one hundred students. The first grade teacher prepared the students the day before about global vaccinations and had them color pictures. He set out many world globes throughout the room.

With the sixth grade class I first had them take a quiz on vaccinations, showed them the Shot@Life video shot in Haiti and presented a power point presentation about what polio and measles are and how the children could make a difference for kids around the world. I then gave them the opportunity to sign the poster with the letter to the congressmen and told them I would follow up after the visit to their district office the end of the month. I completed the presentation with another video from Shot@Life. As they left the room they received a crossword puzzle and Shot@Life Band-Aids. 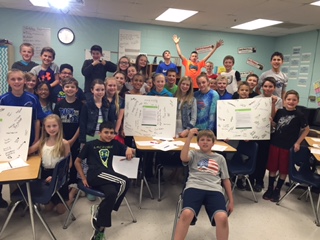 With the first grade class I showed the Shot@Life video. I had small stuffed representations of measles and polio and I was able to talk about those diseases in a much simpler terms so they would understand. I had multiple handouts to color and a simple crossword puzzle as an activity. We discussed about where in the world Pakistan and Afghanistan are located and the global vaccination efforts Shot@Life supports. They painted their hand prints on the poster board and signed their first name. I ended the session with another Shot@Life video.

At the end of April I visited Senator Durbin and Representative LaHood offices speaking to William (Bill) Houlihan from Senator Durbin’s office and Nathan Hoffman from Representative LaHood’s office. I presented the information about Shot@Life and had take-home material with letters to the members of congress and how they could support Shot@Life’s efforts. I gave them each a poster from the sixth grade and first grade class. Mr. Hoffman from Representative LaHood district office said he would show the posters to Representative LaHood and post on social media. Mr. Houlihan said he would see if Senator Durbin could come to the sixth grade and first grade school this fall as a follow up. He also gave me ideas of contacting state representatives in supporting efforts. Deborah Haffner from Senator’s Kirk’s office called last minute and had to cancel our meeting. I left the material in the district office in Springfield and she took a picture and sent it to me when she was back in. I have a follow up face-to-face visit with her next week! 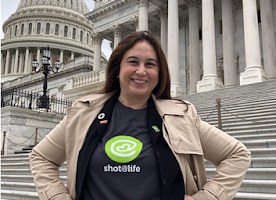 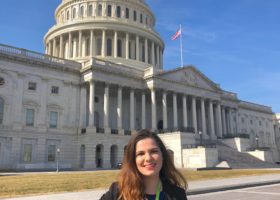 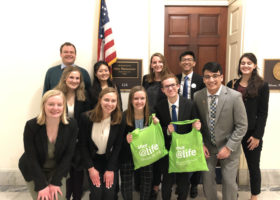 Reflections on Virtual Advocacy: What to Expect for Summit