Getting to Know the Shot@Life Team Members

This blog features a series of Q&A sessions with Shot@Life team members, new and old!

Martha Rebour is the Executive Director of Shot@Life. As the lead of the campaign, Martha oversees strategy and implementation, while managing external partnerships and fundraising activities. She joined the United Nations Foundation in June 2014.

Q: How has Shot@Life grown over the years?

A: First, we used to have hundreds of champions, now we have more than 2000 volunteers and champions in 50 states, so we are now really able to make some noise on the Hill, whether it’s during our Summit Hill Day, or a special activation like World Polio Day, because we have been around for 7 years, that’s one way we have changed. Another way, is that right now we have the strongest team we’ve ever had, and we really have great collaboration.

Q: What are your goals for the next five years?

A: We’re going through a strategic refresh. We have built this model, we have dedicated volunteers, and more professionals such as nurses and medical practitioners joining because they know the issue so well, so I’d love to see in the next 5 years, how we can make an even bigger impact and grow our network.

As the Director of Shot@Life, Cara Ciullo provides key strategic and operational leadership to the campaign. She oversees execution of partnerships and communications, while helping review and oversee grants and budgets. Cara has been working as an advocate for people in need for more than two decades.

Q: Is there anything that you wish more people knew about Shot@Life or vaccine advocacy?

A: There are so many pressing issues in the world, and humanitarian work never ends. But vaccines are an easy win. Compared to lots of problems in the world, vaccines are almost a miracle. They are a tangible, inexpensive, and proven way to save many lives. They are a low-hanging fruit in the lifesaving landscape. It’s the least we should be doing, making sure people are aware of this.

Q: What is the hardest decision you have had to make recently, and how did you evaluate the trade offs involved?

A: We don’t have a big team, and it’s important to simplify what we do, so we don’t have to be labor-intensive. I think many of our shifts in the last several years have involved that. We used to have at least two staff people focused on individual fundraising, now we do it more in two ways — one way is if there are any corporate donor investments, we work with the UN Foundation to make that happen. Also, we’ve moved to digital marketing and fundraising, so we’re able to reach out to more people in a less intensive way.

Ali Hoffman is the Senior Campaign Associate with Shot@Life and started working with the campaign this November. Ali mobilizes champion volunteers to take action in support of global childhood immunization programs.

Q: How do you envision vaccine advocacy and global health changing in the next five years?

A: I think overall the best part of working on vaccines in the global health space is that it is not a partisan issue. We get to be part of a united front, a united part of advocacy, because wanting to vaccinate kids is one of the few areas you can get both sides to agree on.

Q: What is the biggest challenge you’ve come across so far in your career?

A: Working on campaigns there are so many things out of your control. You can have the best laid plans, the great numbers, but people have their own lives, and you can’t control what people do and what they think. It’s important to be able to go with the flow and be flexible, adapt to plans, and keep a cool head in thinking through each situation. This is one of the most important things in advocacy, it’s also the biggest challenge.

Rebecca Maxie is the Senior Manager for Grassroots Advocacy at Shot@Life. She engages with partners, champions, and leaders across the country to mobilize grassroots advocates to support lifesaving vaccine programs.

Q: How do you mobilize champions around Shot@Life’s mission?

A: One part is the stories and the passion, people care about this issue, and we are excited about making differences, and the champions can feel that. The other part is, we make it as easy as possible for the people who have never advocated before. We have tools, templates, and talking points to move them up, help them to get comfortable enough to take actions. They might start posting on social media, putting things online, and a year later, they are in their congressional offices, having face-to-face conversations with those staffers, members. I’ve really seen them grow in their capabilities as advocates. We do things collectively, and we’re always there for them for the next step.

Q: What do you like most about your job?

A: I would say it is people finding their voice. It’s exciting to see people growing in their advocacy. I used to have an advocate who said, “I had never talked to my member of Congress, I had never signed a petition, written an email, or called in,” and now, they’re doing the work! It’s similar with students, little by little, they started to realize that they are powerful individuals and that they can use their voices in the most impactful way possible. That’s the most rewarding part for me.

As the Senior Partnerships Associate at Shot@Life, with an interest in humanitarian intervention and international development, Taylor Gates works closely with corporate partners, managing those relationships, and also works on grants.

Q: Why did you decide to join Shot@Life?

A: I studied Political Science at the University of Georgia, and through that, I interned for a semester in 2017 with the Better World Campaign at the UN Foundation. After I graduated, I came back as a full time Campaign Coordinator with Shot@Life. I’ve been here for a little over 2 years, and recently I started as the Senior Partnerships Associate.

Q: How do you usually manage partnerships?

A: We’ve had a longtime partnership with both Walgreens and Takeda, and we have a ten year partnership and grant from Takeda. Within the partnerships, we do a lot of engagement with employees, between trips to the field, town halls, webinars, and other forms of engagement. With Walgreens, we have this “Give a Shot, Get a Shot” program, and through that, for everyone who goes to a Walgreens pharmacy during flu season, they donate a measles or polio vaccine abroad. 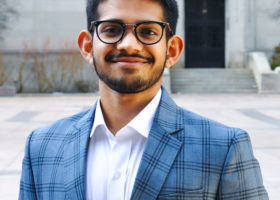 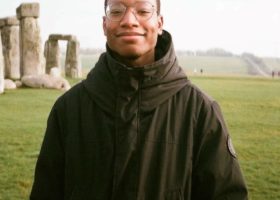 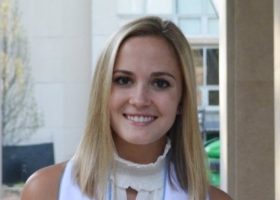 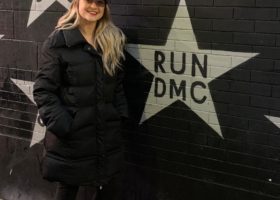 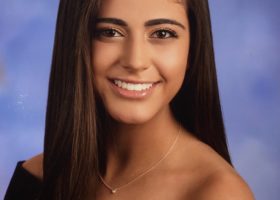